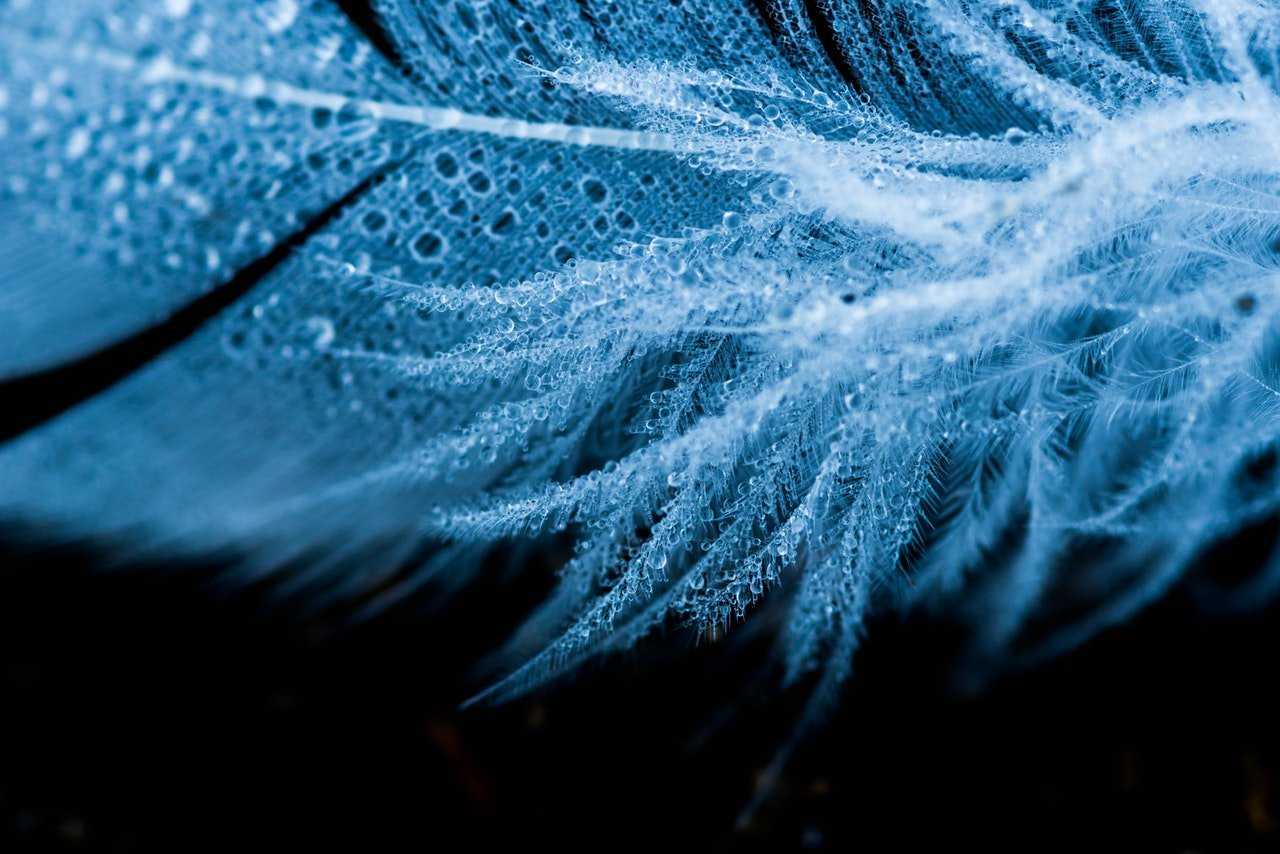 Thoughts on a Forrest Gump Moment and Feeling Thankful to Veterans

Life is Like a Feather Blowing in the Wind

I always loved the feather in the Forrest Gump movie, floating around wherever the universe and the wind takes it. I’d like to think that we are all just floating around on this earth to see what we can see, experience what we were meant to experience, and to learn a few lessons about humility and gratitude along the way.

Over Veteran’s day weekend this year (2017), I was on a mission to see the monument erected to the memory of the Charter Oak Tree (that will be a blog for another time.) While I was on this particular mission, the original plan was to stop at the Great River Park in East Hartford and walk across to the Hartford side to get in some extra steps on this sunny, yet cold and breezy day.

For some reason, I did not use my GPS, and my navigationally challenged self, missed not one, but two of the exits that could have been used to get to the park. By the time I realized my blunder, there was no place else to go except to drive into Hartford. That little misjudgment of mine turned out to be a fortuitous thing.

Feather in the Wind Moment

Once in Hartford, I realized that the kayak rack on my jeep is too high to park in parking garages which relegated me to find street parking. Parking was eventually found near the state capitol side of Bushnell Park. After parking, I noticed a small band of people carrying American Flags who had congregated in an area near the Soldiers and Sailors Memorial Arch.

At first, I thought perhaps it was a fundraiser for Veteran causes, as many of the people had hats on commemorating their stint in the armed forces.

Approaching the group, I asked, “Hey guys, what’s going on?” Evidently there was an attempt to have a bit of a makeshift parade to show support for our veterans of the armed services.

I was wearing my, Proud-Mom-of-a-U.S.-Soldier Sweatshirt because I love sweatshirts and this one is particularly warm. I suspect that the little band of people thought I knew about the event and was there to join in the festivities, however I had no idea that there was this parade going on.  [perfectpullquote align=”full” bordertop=”false” cite=”” link=”” color=”” class=”” size=””]My being there at that time and place was entirely accidental. [/perfectpullquote]

I was immediately handed a small American flag and invited to join the parade. We stood around gabbing until it was time to start.

I met a few veterans who were at the event.

Then there was Jose (He didn’t want his picture taken) , who served in the Navy from 1980 – 1992. He served on an aircraft carrier. Something terrible happened to him during the Gulf war, and he refuses to talk about it, but you could tell it was probably painful.

Jose asked me how fast an aircraft carrier went, and I thought that like that type of ship was so big and all that it could not go that fast. My response? “One and a half knots.” Everyone laughed at my response.  I was serious though, how quickly can one of those giant cities-on-the-sea go? He swore that it could go 85 knots which is about 100 mph, however, when I looked it up on the internet indicated that that the max speed is over 30 knots. 85 knots is over 30 knots but I guess for security reasons, we will never really know. It’s kind of fun to think about that ginormous ship going 100 miles per hour though.

One of the local network news vans showed up and talked to a few people in the group. http://www.wfsb.com/story/36815915/veterans-day-parade-in-hartford-to-go-on-this-weekend

The organizer of the event, Ken Large, had never served in the armed forces, but his father had. The city of Hartford usually hosted a Veteran’s day parade but canceled it this year citing low attendance and no money to support the effort. Despite this, Ken wanted to do something to support the veterans in the Hartford area anyway. He loaded up his pull along wagon with a boom box featuring patriotic music and a bunch of flags. He sent out a Facebook call to arms that something should be done to acknowledge the sacrifices that all veterans make to keep the rest of us enjoying our freedoms.

After the press interviewed a few people, we were on our way. We headed out and walked the portion of the route with the little procession around Bushnell Park.

One woman in the procession said, “Memorial day is great, and we should remember and honor our brothers and sisters that had passed away in a battle to preserve our freedoms, but Veteran’s day, well that is to thank and acknowledge those that served and are still with us.”

That really resonated with me and I was happy to get that reminder. I’ll bet that if you ask, many people would not really be able to distinguish the difference between the two holidays.

Much to Give Thanks For

On Thanksgiving Day this year I was grateful for a great many things, including family, friends, health, a job, shelter etc… but since that little parade made me really think about veterans I am very thankful for them. It’s humbling to think of the many people who made sacrifices over the years, so that l can live comfortably.

[perfectpullquote align=”full” bordertop=”false” cite=”” link=”” color=”” class=”” size=””]To anyone that has served to protect my freedoms – THANK YOU!

I really appreciate your sacrifices.  [/perfectpullquote]

I want to talk a little about two places that deserve a little recognition. If you are looking for a good cause to spend some of that holiday cheer, please consider these two amazing places.

The first place I want to mention is a place called Orange Acres in Arlee Montana. This is the link to the Facebook page https://www.facebook.com/pg/orangeacres/photos/?ref=page_internal

This place has a real-life hero and his name is Jeff. Jeff has been stepping up for years by creating a safe place for the road weary traveler, like me, but primarily he focuses on helping homeless people in the area, many of which are veterans. I was lucky enough to couchsurf at this place when I was wandering around the U.S. a few years back.

Jeff had a little extra land and a large barn type structure that he converted to what he calls the “Couchsurfing Community Center.” There are so many cool things about this place that I could talk about, but for the purposes of this blog, I want to talk about his dedication to help veterans. He allows homeless veterans stay there for free for a few nights and then if they needed a more extended stay he’d be happy to have them stay as long as they contributed something to the place, in the form of 1 hour worth of work each day.

He gives people a warm place to sleep, food, and most importantly, a purpose, all wrapped up in a very nonjudgmental and fun environment. Although this place is not an official 501C-3 and you cannot deduct any donations from your taxes, I’d urge you to give anyway. Here is a man, one man, making a difference in many people’s lives.

Jeff is not independently wealthy, he’s just like the rest of us, trying to make a living the best way he knows how. He has a knack for being frugally resourceful and can make money out of just about anything.

He feels compelled to give back to the greater community without asking for anything for himself. He’s never going to get rich giving all his resources to people less fortunate than himself because that is just his nature.

He takes just what he needs and shares the rest with others less fortunate.

I’ve been there, I saw it with my own eyes. This guy is the real deal, a true hero. So please consider giving a little something to help that community and the veterans out. He will make your money stretch farther than you can imagine.

Homes for the Brave – Bridgeport CT

The second is a place I’d like to bring attention to is a place called Homes for the Brave, in Bridgeport CT. https://www.homesforthebrave.org/programs/homes-for-the-brave/

This facility provides veterans with needed services like life skills training, placement of employment and permanent housing. Additionally, it is the only place in CT that has homes that are female veterans only lodging.

Their website has a wish list of items that they have a need for. As always, with situations like this, money is gratefully accepted, and they can make it go a long way.

We are now getting into the holiday season. Today is Black Friday and many people are giving their money to the big box chain stores.  Please take a moment to consider how many freedoms we are lucky enough to have and how thankful you are for those people that made the sacrifices to preserve those freedoms. Then please consider helping these great causes out.

If you know of other excellent resources for veterans, let us all know in the comments.

PrevPreviousPeople from the Road – Meet Chris – Sometimes the Dark Side can be Light! Muuuhahahahaha
NextBok Tower – A gift of beauty and vision to the USNext